time to take a stand

You hear it all the time: "I'm not going to vote, because one voice won't matter."

How about 90 million voices? Because, you see, that's the approximate number of eligible voters who didn't stand up to be counted for the last election. And among those 90 million voices, at least 4 million are evangelical Christians.

As believers in and followers of Christ, we know that God is ultimately in control. He knows exactly how this election is going to turn out. The thing is, we shouldn't be using that as a cop-out to excuse not going to the polls tomorrow. You see, God uses His people to carry out His will. If we don't stand up and speak out, we aren't doing our part.

Yes, God can use anyone and anything to fulfill His plans. If He wants, He can change people's minds when they start filling out their ballots. But here's the kicker: sometimes, God lets us get our way.

Sometimes, God gives us exactly what we're asking for so that we figure out just how bad we are at doing this ourselves. When His people cried out for a king, God told them that they didn't want one. He warned them that a king would take advantage of the people. He told them that He was the only Ruler they needed.

The Israelites answered, "That's all well and good, but how about You give us a king anyways? We want to be like everybody else." (That's my paraphrase of the events of 1 Samuel 8).

I'm afraid that we as a nation have quickly put ourselves in that situation. We've stopped trying to be different. We've started sliding down hill so fast that we can't get a hold on anything to stop ourselves. We've taken our eyes off of God and turned them to the rest of the world, and now we're desperately trying to look like everybody else.

"So, first and foremost, I urge God's people to pray.
They should make their requests, petitions, and thanksgivings on behalf of all humanity.
Teach them to pray for kings (or anyone in high places for that matter)
so that we can lead quiet, peaceful lives--reverent, godly, and holy--
all of which is good and acceptable before the eyes of God our Savior
who desires for everyone to be saved and know the truth.
Because 'There is one God and one Mediator between God and us--
the man Jesus, God's Anointed, who gave His life as a ransom for all
so that we might have freedom.'"
~1 Timothy 2:1-6
So pray. Pray for our country. Pray for those who are voting, and pray for those who are running for election. Pray that our country will return to God. In 2 Chronicles 7:14, God said,
"if My people, who are called by My name,
will humble themselves
and pray and seek My face
and turn from their wicked ways,
then I will hear from heaven,
and I will forgive their sin and will heal their land."

Pray for your fellow believers, for your brothers and sisters in Christ. Pray that we will all humble ourselves before God and ask His forgiveness and healing for our land.
I know that the 2 main presidential candidates are far from anything we want--both of them. Neither one seems to be a reflection of the God I serve. But I feel it is my responsibility as a Christian to stand up and speak out. I can't in good conscience sit back and watch our country slide further down the rabbit hole, and I think that is what will happen if we as Christians keep quiet. 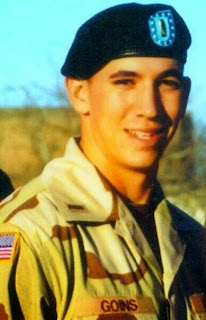 I also think it is my duty as an American citizen to vote. That's a right my brother fought and died for, along with many other brave men and women who would give just about anything to be voting tomorrow. We owe it to them and to the men and women who are currently fighting to vote for a Commander-in-Chief that our military can stand behind, someone who will support them, believe in them, and never leave a man behind.

Don't worry about the "politically correct" candidate tomorrow, because I've found that "politically correct" is most often the choice that stands in stark contrast to what God says is right. So pray, then vote, then pray some more. Pray that every follower of Christ will base their vote on God's word and His will. Pray that we will become a nation after God instead a nation intent on our own desires. Pray that our leaders will draw near to God and base their decisions on His word.

Vote--and if you don't, remember that you have no right to complain about the direction our country goes following the election.
at November 07, 2016 2 comments:

So, I just realized that it has almost been an entire month since I last wrote...ouch. I have to tell you, I can feel that it's been that long because I can feel a little bit of my sanity melting away. My husband will tell you--I'm a much better person to be around when I write. In the past he's called writing my therapy, and I guess there are a lot worse things I could do to decompress.

I have to admit, though, lately words just haven't come easily to me. For a long time now I've been struggling with the thought that I'm a bit lost in the grand scheme of things. I've been begging for God to show me where I fit in His plan, but for some reason He seems to be silent on the matter.

Have you ever felt that way?

So often, I hear people talk about finding God's will as if it is a simple thing: just say a prayer, and God will tell you exactly where He wants you. Can I be totally honest? Sometimes, those people make me want to pull my hair out.

Because, you see, I've been begging to know God's will for at least 6 years now (though it's probably been longer than that, just not quite as desperately until I was getting ready to graduate from college). I can't even start to tell you the hours I've spent on my knees, the verses I've poured over, the prayers I've written out, and the tears I've cried.

But God has kept track of all of them.

That's the amazing thing that we lose sight of--God knows just how many tears I've cried as I've poured out my heart to Him. He remembers every word I wrote. He whispered to me through the verses, and He knelt down to listen to me while I was on my knees.

No matter how I feel--despite the little voice telling me that I've been forgotten and left on my own--God is faithful. No matter what our fickle hearts tell us, He never changes. In James we're told,


" Every good gift bestowed, every perfect gift received comes to us from above,
courtesy of the Father of lights. He is consistent.
He won’t change His mind or play tricks in the shadows.
We have a special role in His plan.
He calls us to life by His message of truth
so that we will show the rest of His creatures His goodness and love."
~James 1:17&18

I know that. Really I do; the answers are there in my head. The issue is sometimes just reminding myself of that. Even when I feel like I'm stuck on the periphery, out there by myself just watching everybody else fulfill their role in God's plan, God is consistent. He's got me in the palm of His hand. Even more amazing than that, God says "See, I have engraved you on the palms of my hands." (Isaiah 49:16)

God has made me a part of Himself. If I'm engraved on His hands, there is no way that He can push me aside and forget about me. I'm not lost, even though I can't see exactly where I am. The path may be hidden from me right now, but God still knows exactly right where I am and where I'm headed.

And in the midst of my misgivings, insecurities, and messy issues, that is a thought I need to cling to.
at November 05, 2016 No comments: