a little bit of physics (don't be scared!) 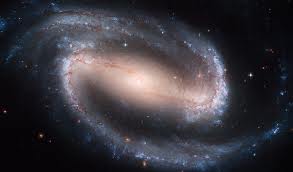 "by faith we understand that the universe was formed at God's command, so that what is seen was not made out of what was visible." hebrews 11:3

this is one of my favorite verses--i call it my physics verse because to me it is tying together my faith and subatomic particles.

when i first started working on a degree in physics and a minor in biology, somebody (i don't remember who anymore, but it seems like it was somebody on some kind of discussion board...) told me that i would forget about all that dumb "christianity" (<--spell checker doesn't like that. hmm...) stuff. once i had been educated, i would see that faith was superstition and a pointless waste of time, something for the ignorant, uneducated masses.

while i'm sure that is the conclusion some people come to, it sure wasn't for me.

quite the opposite, really.


in all those classes, almost everyday, i was more and more
amazed.


...at the unbelievable complexity of the world around me.
...at the fact that opposites attract (not talking relationships here!).
...that the world doesn't just spin out of control and fly off through space.
...that we don't all have crazy diseases and harmful mutations.
...that chaos doesn't reign and entropy doesn't make everything fall apart.
...that people can look at these things and not know there is a Creator.


you know what's even more amazing to me?
the Creator of all this,
~the One who completely understands quantum physics and cell biology and physiology and thermodynamics,
~the Master of the Universe,
~the One who controls entropy,
~the Ruler of creation,
~the One who formed the double helix and coded DNA,
~the Controller of the stars,
~the One who knows the unknowable,

He loves me.
He knows everything about me.
He gave His Son for me.
He knows just how many cells are in my body, and He gave them all a job.

how awesome is that?


my classes didn't lead me to forget about that whole "God idea."
they humbled me. they showed me that the God who created the universe out of subatomic particles (what is unseen--get it? God's cool.) is the God who loves me and who lets me call Him Abba ("father" or "daddy" depending on who you ask).


i am so thankful for the small glimpse of Him that i got in those classes. 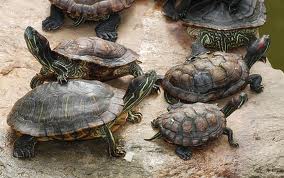 my kids are seriously into turtles. not these... 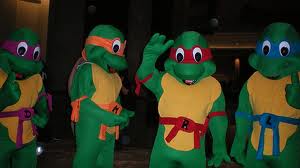 both my daughter and my son love to watch the Teenage Mutant Ninja Turtles. the other day when we were all watching TMNT for probably the third time in a row (sometimes you give in just to keep the peace, you know?), Raphael made a clone of himself.

hang with me here.

of course, things with the clone went wrong and the fake Raphael started terrorizing the city. Raphael was talking to the other turtles and said that Master Splinter had told him something bad would happen if he made the clone.

my comment to my husband: "the turtles could solve the majority of their problems if they would just listen to Master Splinter."

how many times has that been true in my life? the majority of my problems would be solved if i would just listen to the Master.

who would have thought, a lesson from the turtles!
at January 23, 2012 No comments: 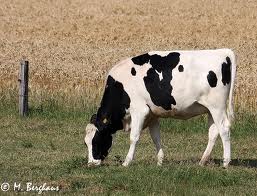 when my family milked, we had one cow that my parents named after me. while that in itself may seem crazy enough, the reason they named her after me was that she was a messy eater, always throwing the grain out of her feeder. quite the compliment, huh? though they were only referring to my habit of ending up with part of anything i eat left behind on some part of what i'm wearing, messy also pertains to me in other ways, ways i usually keep to myself.

in this blog, though, i think i'm being called to show some of that messy side. what follows here is a journal entry i wrote, something i definitely meant to keep to myself. however, my word for this year is faithful, and i feel like this is something i'm supposed to share. so, here goes...

what in the world am i starting a new blog for? this is craziness--i don't hardly keep up with the one i already have. why would i start another one?

i guess it is me taking a step out in faith, trying to use my passion for writing in a way that will be pleasing to God. it isn't that i think my fantasy writing displeases Him, it's just that i think He is calling me to be faithful in a new way.

i am scared to death.

it has been one thing to put my story out there because i've felt like i'm putting part of myself out there for people to see, to judge. the thing is, that was still safe. people may have been judging my writing, but to them that was still separate from me.

this blog, though, is truly me, my soul poured out. when people read it, they will be seeing me as i truly am--or at least, that's what they should be getting as long as i am faithful and true to what i feel God is calling me to do in this blog.

it terrifies me
to put my real self out there because that is something i've always protected. it would be one thing if it was just out there in cyberspace where strangers might see. it is totally different to think about my friends, family, and even just acquaintances reading my words.

that means they will see my struggles, and that is scary.
struggles tend to be dirty and ugly, not things i like to put out there for people to see.

i really don't know where this is going to go. for the first time in a long time, though, i really feel like this is something God is telling me to do, a path He is leading me down. i have no idea how it fits into the rest of my life, but for once i think that's okay--
i don't have to know.

all i have to do is write, something that makes my heart happy.
i don't know what i'll talk about, but that's okay, too. real life, especially mine, doesn't follow an outline. it is often a crazy, messy thing. i think me writing about all the craziness is how i am called to be faithful--
showing others my weaknesses, letting God work through my imperfections to show His perfection.

this is my chance to throw off the masks i tend to hide behind, to show people the real me, the girl who is
scared
and disorganized
and driven and crazy
and creative and insecure and brave
and vulnerable and intelligent and a mess--
and loved deeply by the God who created her, the God who has called me to be faithful.

this is my chance to step out of the boat onto the crashing waves that are tossing my boat, to walk clinging to my Savior
who can calm the wind and the waves
but sometimes chooses instead to have me walk on the water,
in the midst of the storm,
with Him.
faithful.
at January 20, 2012 No comments:

i've been challenged by some of the blogs i read (see here for one example) to claim one word for 2012 instead of making new year's resolutions. the idea is that the new year should be focused on becoming a new person instead of just coming up with new things to do (or old things to do in a new way). i decided to take that challenge, and part of that, for me, is this blog.

i thought it would be hard to pick a word. i imagined myself pouring through a dictionary or the concordance in my bible, trying to figure out the perfect word. i pictured words like

peace
joy
amazing--
words that would be talking about a year where everything goes according to plan and i don't have any big, nasty surprises jumping out at me.

in the post that challenged me, the author talks about trying on words like she tries on clothes. i guess my problem, then, is that i don't try on clothes.
or something like that.

when i started thinking about the word i would claim for 2012, there was only one word that came to mind:
faithful.
uh oh.

that was definitely not what i was planning on.

when i think of faithful, the story of Jesus calming the storm comes to mind. i see the waves crashing
the lightning flashing
the boat threatening to capsize.
i don't think of peace and quiet, which would be a much better idea for this year, right?

i think of Peter. i think of being called to step out of the boat, with Jesus saying nothing more than, "come." 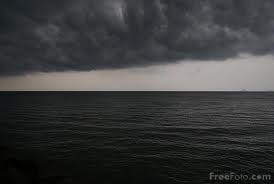 i see myself being given that same command, but i don't know if i have the faith to be like Peter,
to step out of the boat
onto the waves.

at the same time, i see myself being just like Peter, taking that first step only to take my eyes off the One who called me,

sinking
desperate
starting to drown
waiting to the very last moment to reach out to my Savior.
faithful.
ouch.

that is the word i've been given, though, so i guess now is the time to step out of the boat, knowing that
the God who called me is faithful.
He will keep all His promises.
He has the power
to calm the storm
to walk on the waves
to pull me up out of the water to walk beside Him.

so, here is where you'll be able to see my life, every messy part of it, and see what this year will bring. 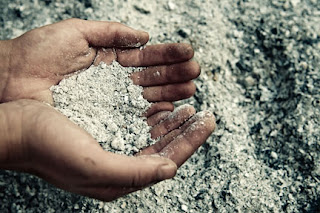