when birthdays are hard... 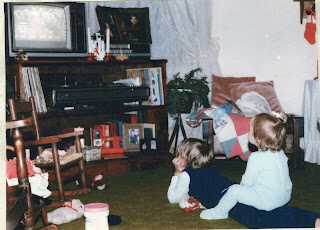 Tuesday, my brother would have turned 36.

I would have teased him tremendously, poking fun at the fact that he was inching closer and closer to 40 while I was still closer to 30.

I would have complained about having to have that gooey red cherry stuff on top of the cheesecake again--but I would have grinned while I ate it.

Instead, I was a little too quick with an answer when the kids at school asked for the date.

"The 6th" is what I said, but in my head the answer went on with my big brother's birthday.

I didn't say it, though. Sometimes I hesitate to say anything about him because I'm not sure how other people will react, but I can usually count on a look of pity, an "I'm sorry," followed by an uncomfortable silence while I smile to show that they don't have to be sad.

His birthday is hard. It makes me wonder what he would be like at 36...maybe a couple gray hairs for me to make fun of? A few extra pounds around the waist? Smile lines starting to form around his eyes and mouth?

The questions are too much sometimes. The unknowns get overwhelming; the what-might-have-beens choke me up.

The lump in my throat gets hard to swallow.

I've heard people say that they don't celebrate their birthdays anymore, that they stopped with #29 or some other number. But the thing is, birthdays should always be celebrated. Yes, we're getting older with every candle that gets added, and sometimes it's a rude awakening to think about how many years have passed since we were 20 (12 for me...)

But for some people, birthdays stop way before they should. Some families put "would have been" before a new age each year.

There has only been one birthday that I didn't want to celebrate, and that was the year I turned 24. That was the year I was first older than my big brother, and to be honest I wanted to just skip the whole day. I wanted to go to sleep the night before and wake up the morning after and just avoid the entire day. There was something wrong about seeing a birthday my big brother had never seen.

If birthdays are hard for you sometimes, please know you aren't alone. So let the tears spill over if they need to, and then smile and celebrate.