I was talking to Pop on the phone last night and told him, "I'm not very good at this whole 'patience' thing." To his credit, he didn't laugh me off the phone for stating the obvious.

You see, I've felt like life lately--for a few years now--has just had me hurry up and wait. I've never been very good at waiting. Even when I was little I would tell people to "wait real quick," because I've never been a big fan of waiting a long time.

As I've seen time and time again, God's timing doesn't really fit with mine. You would think I would have a firm grasp of that concept by now, wouldn't you? The thing is, I still have to be reminded of it from time to time.

I've mentioned before a sermon series my parents sent me, from Dr. Tony Evans. In one sermon, he talked about how Joseph's timing and God's timing were quite different. In Genesis 40, Joseph is in prison with Pharaoh's cupbearer and baker. They both had dreams, and Joseph interpreted them. I imagine that Joseph's timing would have had him getting out when the cupbearer did, but that wasn't God's timing. Instead of bringing Joseph up to Pharaoh, verse 23 says, "The chief cupbearer, however, did not remember Joseph; he forgot him."

I wonder what Joseph's thoughts were for the next two years while he was still hanging out in prison. I wonder if he felt forgotten, abandoned. I wonder if he struggled with impatience, if he wondered if he would ever find his purpose.

That's my biggest struggle right now:
I'm desperate to know what God's purpose for my life is;
what He wants me to do with all the mixed up interests I have;
how He's planning on using me.

But the answers aren't clear. As much as I would like for them to be written out plainly, they aren't.

What I've come to realize, though, is that God has been investing a lot of time in preparing me for now and for whatever comes next.

4 years of prep work, of God getting me ready for whatever He has in store. 4 years of Him telling me to lean into Him and to rely on Him. When you think about it, 4 years is a pretty big investment. Like Tony Evans said in that sermon series I mentioned, God has been preparing me for my purpose and my purpose for me. 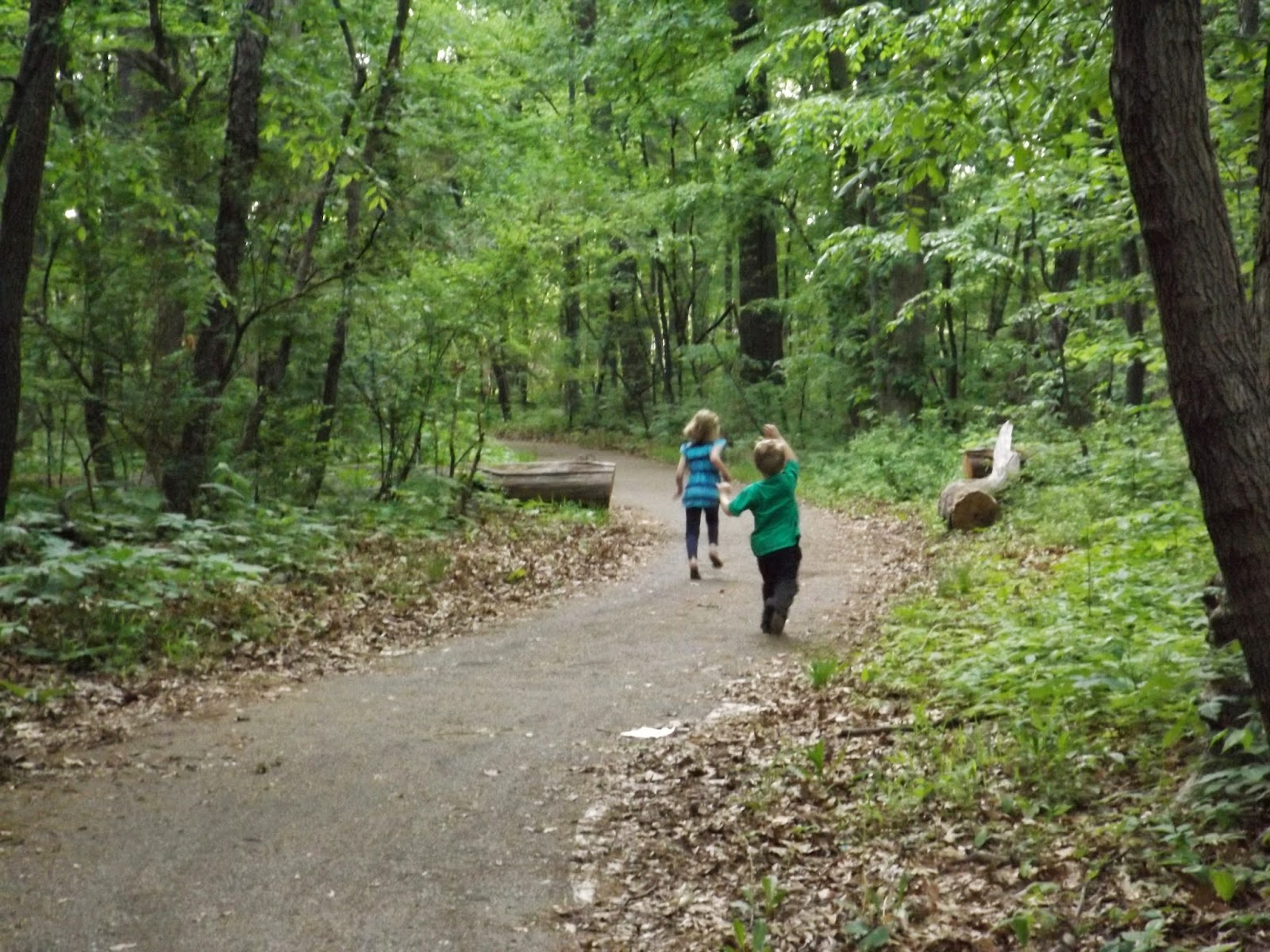 I do know, though, that God has promised some pretty amazing things:


"I am with you and will watch over you wherever you go,
and I will bring you back to this land.
I will not leave you until I have done what I have promised you."
~Genesis 28:15

"Whether you turn to the right or to the left,
your ears will hear a voice behind you, saying,
'This is the way; walk in it.'"
~Isaiah 30:21

the difference between the head and the gut

I've grown up knowing what my family refers to as the "Sunday school answers." I grew up going to church every time the doors were opened--and even times when they weren't, because my parents had a key even before Pop became a pastor.

I was in Children's Church, Sunday School, Girls in Action, Bible Drill, Kid's Choir, Acteens, Vacation Bible School, Youth Group, Summer Summer...you name it, I did it. I could sing the books of the New Testament (To this day I still have to sing them to know the order) and recite the books of the Old Testament. My Bible was underlined and highlighted. I had the 23rd Psalm and the Lord's Prayer memorized, along with countless verses.

I had the head knowledge down pat.

The thing is, when times get tough the head knowledge isn't enough.

Now, don't get me wrong--the head knowledge is important because it helps you know where to turn. That's what makes verses pop into your head during the rough moments and reminds you where to look when you're struggling.

As I was reminded Sunday morning at church, though, there's a difference between knowing something in your head and knowing it deep down at the core of who you are, from your gut.

The stuff in your head? That can be forgotten or reasoned away. That can be pushed aside and ignored when life has you knocked flat on your face. 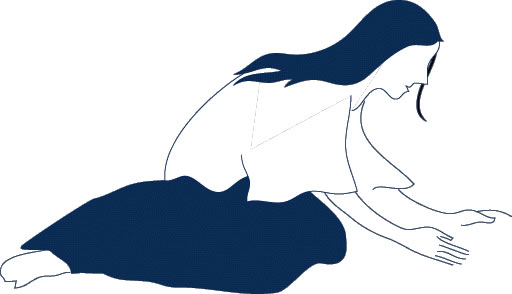 It's the stuff you know deep down in your gut, the stuff that's a part of you, that sticks around when you're down in the pit, lost in the darkness. When life has you wrung out and trampled, it's what you know in your gut that matters.

You don't have to remember all the right answers, but there are some things that you can't ever forget.

1. You are loved--deeply.
At the core of who He is, God is Love. His love is unfailing, no matter how many times you fail.

2. You are not alone.
Even when you feel abandoned, God's promise stays the same: "The LORD Himself goes before you and will be with you; He will never leave you nor forsake you. Do not be afraid; do not be discouraged." (Deuteronomy 31:8)

3. He is more than enough.
When things seem impossible and you don't have anything else to give, God has more than enough strength to carry you through. Ephesians 3:20 tells us, "Unto Him that is able to do exceedingly abundantly above all we think or ask, according to the power that works in us.'

When all the head knowledge in the world doesn't help, cling to what you know in your gut--God's promise to be with you.
at April 15, 2015 1 comment:

"When He had finished praying, Jesus left with His disciples and crossed the Kidron Valley. On the other side there was an olive grove, and He and His disciples went into it. Now Judas, who betrayed Him, knew the place, because Jesus had often met there with His disciples. So Judas came to the grove, guiding a detachment of soldiers and some officials from the chief priests and Pharisees. They were carrying torches, lanterns, and weapons. Jesus, knowing all that was going to happen to Him, went out and asked them, 'Who is it you want?'
'Jesus of Nazareth,' they replied.
'I am He,' Jesus said. (And Judas the traitor was standing there with them.)
'When Jesus said, 'I am He,' they drew back and fell to the ground."

We talk a lot about the fact that Jesus was crucified, and with good reason. It was His death on the cross that saved us, His blood being shed that covered us and made us pure in the eyes of God.

We talk about the Pharisees and Pilate and Herod. We quote the crowd who yelled out, "Crucify Him!"

Jesus was crucified, but it wasn't the mob or the Pharisees or the rulers in Jerusalem or the nails holding Him to the cross that day.

This was the One who simply spoke "I am He," and those who had come to capture Him fell to the ground, the One who put a man's ear back on his head when Peter cut it off with a sword.

This was the One who willing laid down His life for us,
"Who, being in very nature God,
did not consider equality with God something to be grasped,
but made Himself nothing,
taking the very nature of a servant,
being made in human likeness.
And being found in appearance as a man,
He humbled Himself and became obedient to death--
even death on a cross!" 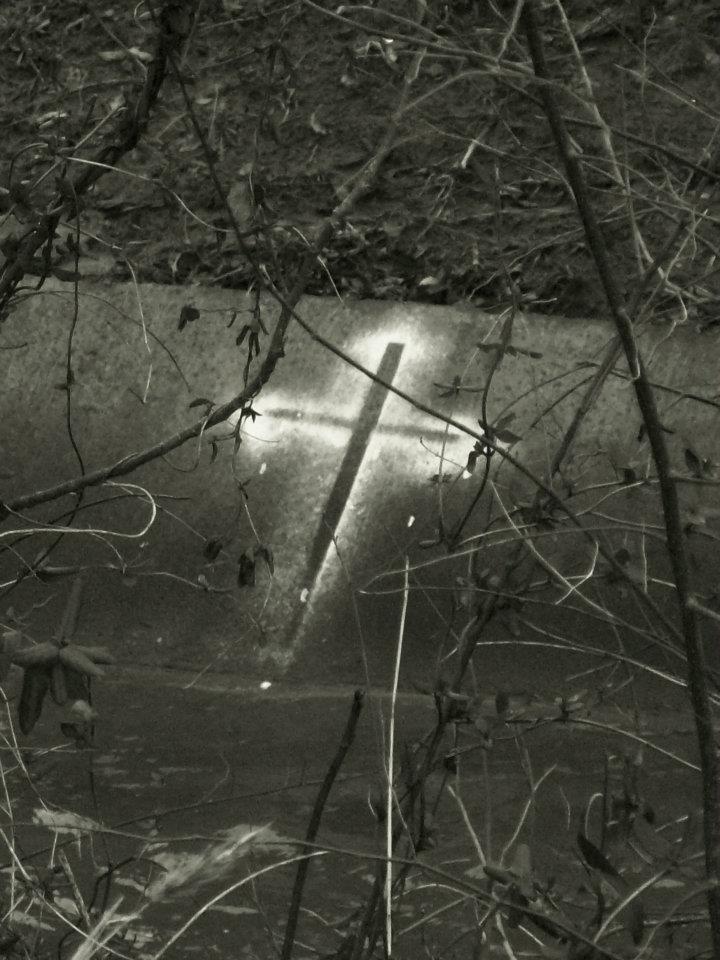 His love for us was so great that He allowed Himself to be crucified--the very action that gives us the word "excruciating"--just so that each one of us could be saved.

As is said in the Passover Seder, "It would have been enough."
But the story doesn't end there.

On the cross, looking out at the people who put the crown of thorns on His head and the nails through His hands and feet, He said, "Father, forgive them, for they do not know what they are doing."

In the midst of His crucifixion, Jesus prayed for God to forgive us.

"It would have been enough."
But again, the story doesn't end there.

"On the first day of the week, very early in the morning, the women took the spices they had prepared and went to the tomb. They found the stone rolled away from the tomb, but when they entered, they did not find the body of the Lord Jesus. While they were wondering about this, suddenly two men in clothes that gleamed like lightning stood beside them. In their fright the women bowed down with their faces to the ground, but the men said to them, 'Why do you look for the living among the dead? He is not here; He has risen! Remember how He told you, while He was still with you in Galilee: 'The Son of Man must be delivered into the hands of sinful men, be crucified, and on the third day be raised again.'' Then they remembered His words."
~Luke 24:1-8

Again, it would have been more than enough.
The amazing thing is, the story doesn't end there, either.