Why is God waiting? Why does He watch this world as it falls apart, just sitting back while it spins out of control? Why does He let bad things happen? why doesn't Jesus just come back already?

Because the thing is, if even one soul turns to Him in that moment, it was worth it. If one person sees the waves crashing around him and cries out like Peter did, "Lord, save me!" then who are we to say that God should have held back the flood waters?

Or, on a more personal side, if there was one single person who was drawn to God's side in part due to my brother's death, who am I to say that God should have spared him on that August day in Najaf? I know where my brother ended up. Why would I want to take that chance away from someone else?

It's easy to look at how things seem to be spiraling down and think that God should simply have the angels sound the trumpets and bring all His children home. It's easy to ask why He lets bad things happen to good people. What's hard to do, though, is to see the big picture. It's hard to see the good that can come out of something bad, the lessons that are learned in the waiting, and the light that shines brightest in the midst of the darkness.


"Now the Lord is not slow about enacting His promise—
slow is how some people want to characterize it—
no, He is not slow but patient and merciful to you,
not wanting anyone to be destroyed,
but wanting everyone to turn away from following his own path
and to turn toward God’s."
2 Peter 3:9
at May 21, 2018 No comments:

I have high hopes for you. I don't wish you fame and fortune, and I hope that's not what you spend your life chasing.

Instead, I wish you a good life.

I don't mean an easy life. Easy lives have a tendency to make weak people.

I wish you enough hard times to help you develop the grit you will need to become a strong person. Helen Keller once said, "Character cannot be developed in ease and quiet. Only through experience of trial and suffering can the soul be strengthened, ambition inspired, and success achieved."

I wish you people who will stand against you, because it is only then that you truly develop an appreciation for the people who stand beside and behind you.

I wish you times that knock you flat on your face, because sometimes those are the only times that remind you of the importance of being on your knees before God.

I wish you boredom, because it is only when time seems to slow down that you take the time to look around you and notice the blessings of quietness.

I wish you hard work. Very few things in this life that are worth having come easily, so I hope you have the chance to work really hard for something incredibly important...even if the rest of the world thinks it doesn't matter.

I wish you love. Not the fairytale, happily-ever-after type of love. Instead, the 1 Corinthians type--a love that is sacrificial and protective and forgiving. A love that "can walk through fire without blinking," like Alan Jackson sang. A love that stands true through the ugly times and the hard times.

I wish you a goal you can't reach. I hope something you want stays just a little bit out of reach, because that's what keeps you striving to be better.

I wish you tears over the loss of someone dear. As much as it rips a hole in your heart, you don't know just how deeply you love people until you've lost someone you never thought would be gone. I wish you the kind of sobs that leave you breathless, because it is only after the tears have finally stopped that you realize the importance of smiling through the memories that once hurt your very soul.

I wish you the opportunity to become a hero to someone, but I hope you don't do it for the recognition. I hope you brighten someone else's life just for the sake of it, because you want to make someone's day just a little brighter.

I wish you have a burden too heavy to carry on your own. Even the most introverted of us was made for community, and communities are made for helping you when you have too much to handle.

I wish you exhaustion, both physical and mental, because you don't know how far you can push yourself until you've reached what you thought was your limit--and then pushed further.

I wish you laughter that makes your stomach hurt, and I hope you share it with someone you thought you had nothing in common with.

I wish you the chance to get so lost that you have no choice but to rely on the kindness of a stranger.

I wish you the opportunity to spend time with somebody's grandparent, and I hope you take the time to really listen to the stories they tell.

I wish you a glimpse of this world through the eyes of a toddler, someone whose view hasn't been dimmed by cynicism and who still knows how to run without fear of falling.

Most of all, I wish for you to spend your life. Don't try to save up all your living for some far away tomorrow, because we aren't even promised the next breath. So take every gift that God has given you and pour them all out into those around you. Let Him use you, because His purpose for your life is so much more than anything you can imagine. Strive to become more and more like Christ, to follow in His footsteps even when--especially when--it's hard, to love the unlovables and reach out to the untouchables.


"But seek first His kingdom and His righteousness,
and all these things will be given to you as well.
Therefore do not worry about tomorrow,
for tomorrow will worry about itself.
Each day has enough trouble of its own."
Matthew 6:33&34 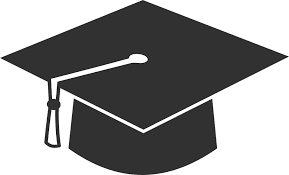