"Before time itself was measured, the Voice was speaking.
The Voice was and is God.
This celestial Word remained ever present with the Creator;
His speech shaped the entire cosmos.
Immersed in the practice of creating,
all things that exist were birthed in Him.
His breath filled all things with a living, breathing light--
A light that thrives in the depths of darkness,
blazes through murky bottoms.
It cannot and will not be quenched."
~John 1: 1-5

Unbelievable, indescribable power is displayed in God speaking all of creation into existence. This power, above and outside of everything we can imagine, simply had to breathe for life to begin teeming across the surface of the earth. Besides that, this Voice whispered the cosmos into being.
Think about that for a second. Taking a line from Star Trek (because I'm a nerd): "Space: the final frontier..." I'm not sure what the purpose of my physics degrees is or will be, but I'm thankful for the courses I took. Because of those classes, I've been given the chance to see just a bit of how powerful the whisper of that Voice had to be.

Generations of brilliant minds have been devoted to attempting to wrap their thoughts around how this universe works. They've stumbled across theories and equations ad principles that scratch the surface, and they attempt to dig deeper and figure out a little more, another little piece of the puzzle. But that's all any of it amounts to--little pieces, tiny glimpses of God's creation. No matter how much we learn, we just barely scratch the surface. Describing the intricacies of this universe quickly becomes a complicated process that even the best minds have trouble keeping straight.

The Voice spoke, and light formed out of darkness. The stars began to burn and spin in the cosmos. He spoke, and subatomic particles spun together to form molecules. Those molecules twisted into proteins, then cells and tissues and organisms. The ultimate power of creation was revealed in His Voice.

"The Voice took on flesh and became human
and chose to live alongside us.
We have seen Him, enveloped in undeniable splendor--
the one true Son of the Father--
evidenced in the perfect balance of grace and truth."
~John 1:14

All that ultimate power, and He laid it all aside and came to earth as a helpless baby, born in a stable and placed in a manger. He left the splendor of Heaven to be greeted by shepherds and watched by livestock. Yet in the midst of that, a star heralded His arrival and wise men from the East brought gifts--gold for the King of all kings, frankincense for the Great High Priest, and myrrh for the One who would give His life as a sacrifice. 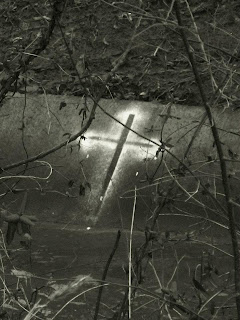 God, what do You want from me?

That question is in my head on a daily basis, roaring out over all the noise and chaos that fills my mind. It colors everything I think about--every decision I make. For years now, I've been desperately seeking God's will for my life. I've begged and cried and prayed for some answer, for just a hint of what it is that God wants me to do for Him. I've made decisions based on what I thought would work best for serving Him...and then felt broken when those decisions led to plans that fell through.

I've wondered just what it is that I'll do for God since I was old enough to ask that question. I want to know His plans for my life, because I know and fully believe that God sees what is in my future and is there to guide my steps.

I have this tendency, though (well, bad habit if I'm being honest) to rely on my own thoughts and opinions and ideas instead of letting go and listening to God. Don't get me wrong--I know that His plans are better than mine and that I can't even begin to understand His mind.

I know that, but for some dumb reason I keep trying to do everything my way.

At church Sunday, though, Pop pointed something out that I didn't really want to hear. He was talking about someone he used to know who was constantly stressing over God's will for his life, wanting to make sure each and every step was in line with what God wanted for him. He may as well have been talking about me. To be honest, he most likely was talking to me when he pointed out this verse:


"Now this is God's will for you:
set yourselves apart and live holy lives"
(I Thessalonians 4:3a)

That's it? No stressing and striving to figure out if each and every step I take is falling exactly where it's supposed to?

I want to go where God leads me, in ever aspect of my life. What I'm starting to realize, though, it that it's a lot easier for God to lead me if I'm close to Him. So instead of focusing on the path, trying to figure out the exact place for each step, what I need to focus on is drawing closer to the One I'm supposed to be following.

"Place your trust in the Eternal; rely on Him completely;
never depend upon your own ideas and inventions.
Give Him the credit for everything you accomplish,
and He will smooth out and straighten the road that lies ahead.
And don’t think you can decide on your own
what is right and what is wrong."
(Proverbs 3:5-7)