wounds from a friend

I've never been a people person, but I've always been a people pleaser. I don't like not being liked, which is probably the biggest reason it's hard for me every time I click the "Publish" button and put my writing out there to be judged. My writing feels like so much a part of me that if anyone has anything negative to say about it, I feel like that is a blow to me. When I released my first book, the review that stands out in my mind said, "too long winded and boring." There were good reviews, but those words are seared in my brain and come back to mind almost every time I try to put pen to paper.

Here's the crazy thing, though--the people who mean the most to me, the ones I have the most respect for? They don't hold back when they talk to me. They call me on the things I'm doing wrong, they tell me when I've messed up, and they don't let me just gloss over the bad parts. When I think about them, though, it's not the harsh words that I remember. Instead, it's the fact that they love me enough to tell me the truth.

"Wounds inflicted by the correction of a friend prove he is faithful;
the abundant kisses of an enemy show his lies."
~Proverbs 27:6

We are in a world right now where people would much rather have the "kisses of an enemy" than the wounds of a friend. We want people to make us feel good; we don't want to be corrected for... well, just about anything. We do our best not to step on anybody's toes. We hear messages from the pulpit that give the idea that there's no real right or wrong and that a loving God will accept everyone no matter what.

My mom has always said something that seems fitting here: "I love you too much to let you act like that."

Love isn't about letting someone say and do whatever they want. Love is about wanting the best for someone, and that often means telling them when what they are doing isn't the best. So many like to use the argument that since God is love, He forgives everything we do and won't ever punish us for anything.

Nothing could be further from the truth.

God is love, yes, but He is righteous love. "Righteous" is defined by Webster's as "acting in accord with divine or moral law : free from guilt or sin." Divine righteousness demands justice; a truly righteous God will not ignore sin. Because of His righteousness, He will correct those He loves. That's not just a conclusion I came to. It's written in Proverbs and then repeated by Paul in Hebrews:

"My son, do not ignore the Eternal’s instruction
or lose heart when He steps in to correct you;
Because the Eternal proves His love by caring enough to discipline you,
just as a father does his child, his pride and joy."
Proverbs 3:11-12, quoted in Hebrews 12:5-6

The people who love me the most? They're the ones who love me enough to step up and call me out when I'm headed down the wrong path. They are the ones who take the risk to tell me words that might hurt me now because they care more about me being who I'm supposed to be than me being happy.

Email ThisBlogThis!Share to TwitterShare to FacebookShare to Pinterest
Labels: love, me, writing

War is raging all around us, and for far too long many of us have been too blind to see. Sure, we know the verses that talk about how our w... 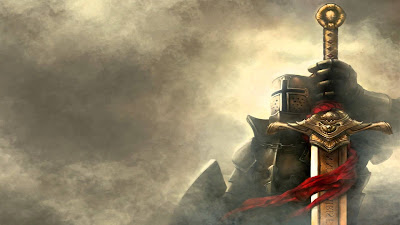