I have to admit, I'm just about ready to run away and hide from everything and everyone. I've never seen the world like it is right now, and I'm just plain tired of it.

I'm tired of the name calling and hateful rhetoric being spewed out. It seems no one knows how to have a respectful conversation anymore. If you disagree, the only way to get your point across is to yell and scream and point fingers and accuse the other person of being a horrible human being. Though I find myself scrolling through facebook a lot (maybe because of it), I think social media is probably the main catalyst for how people treat one another. It's so easy to say atrocious things to someone through a computer screen--when you don't have to look someone in the eye after you say horrible things, you don't have to actually consider how your hateful words affected them, right? And when you read words on a screen, with no tone of voice or true context or visual cues, it's so incredibly easy to misconstrue what someone means.

Or on the other end of the spectrum, people are so afraid of being called a bigot or a racist or ___phobic (you can really insert just about anything into that blank) or intolerant that they go the way of extreme political correctness. I've seen people speak biblical truths only to follow them up with words like, "...but that's just my opinion. You're welcome to yours, and I'm not going to tell you how to live."

As followers of Christ, we aren't called to be silent any more than we're called to be hateful. If you believe that Jesus is the Way, the Truth, and the Life, you should be standing up for that. As Paul wrote in his second letter to Timothy, God has not given us a spirit of fear. If that's true, we shouldn't back down from speaking the truth. We shouldn't quote Scriptures and then water them down because we're afraid to be seen as "unloving" for speaking God's truth. As Paul went on to say, "I am not ashamed because I know Him and I have put my trust in Him. And I am fully certain that He has the ability to protect what I have placed in His care until that day." (2 Timothy 1:12)

Now is not the time for God's people to be silent. We can't just sit back and watch as evil is called good and as His name is dragged through the mud. We can't stand by as good people are ridiculed for believing--and striving to live out--God's word.

"And now I bring you this charge before God and Jesus the Anointed, the one destined to judge the living and the dead, at His glorious appearance and His kingdom: go out and preach the word! Go whether it's an opportune time or not! Reprove, warn, and encourage; but do so with all the patience and instruction needed to fulfill your calling because a time will come when some will no longer tolerate sound teaching. Instead, they will live by their own desires; they'll scratch their itching ears by surrounding themselves with teachers who approve of their lifestyles and tell them what they want to hear. They will turn away from the real truth you have to offer because they prefer the sound of fables and myths. But you must stay focused and be alert at all times. Tolerate suffering. Accomplish the good work of an evangelist, and complete the ministry to which you have been called." ~2 Timothy 4:1-5

Brothers and sisters in Christ, now is the time for us to stand up and speak out. Jesus didn't spend His life going along with the status quo. He touched the untouchable, challenged the self-righteous, drove the money changers out of the temple, and changed the hearts and lives of sinners. He challenged people at every turn, pushing them out of their comfort zones and forcing them to come face to face with their own failings in light of His perfection. He spoke in love, but He spoke truth. He didn't tell people they could think and believe and live however they wanted, and that doesn't change today just because society says it should. 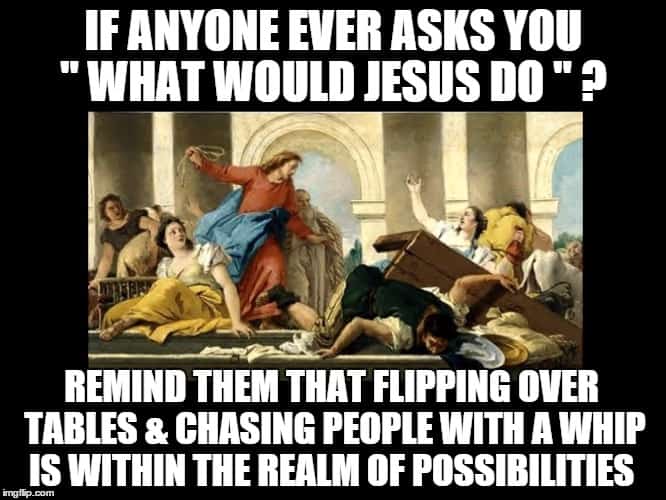