You may not know it, but back in the midst of the craziness of 2020 our family grew from 4 to 7. It's not really something I talk about a lot, despite how it changed our lives. It may be a surprise if you only know me from my writing here, but I'm a very private person. I'm not good at small talk, but I'm not one for dumping out my entire life story, either (On that note, I once took a train from Toledo to Kansas City and sat next to a girl who had told me most of her life story before we even pulled out of the station...). Part of my silence about our adoption is simply due to the fact that I tend to keep to myself.

Part of being quiet is because I'm still not sure how much of our kids' stories are mine to tell. It's a delicate balance, a tightrope walk of sorts, trying to figure out who in our lives needs to know how much. Some of it is mine to relate simply because I'm a mom who needs to make sure my kids are taken care of. Other parts, though, aren't mine to tell.

One of the biggest reasons I keep quiet, though, is quite simply because I don't like the awkward praise that usually follows after somebody finds out that some of our kids are adopted. I'm sure it's genuine and not meant to make me uncomfortable, but I'm not good at dealing with praise in any situation... let alone in one that's so hard just by its very nature. But any time somebody finds out, they almost immediately say something along the lines of, "Oh wow--that's so amazing! I really admire you for adopting. I could never do something like that." I'm sure there's a good way to handle that and a graceful way to continue the conversation, but I haven't found it yet. Instead I tend to stammer something and change the subject really quickly.

Because honestly? This adoption thing is hard. For that matter, this whole parenting thing is hard. I can't count the number of times I've questioned just what God was thinking when He put these kids in my care. I wonder on an almost daily basis if we're messing them up.

Are we too strict? After all, our kids have daily chores, limited screen time, no social media accounts, no cell phones, high academic standards to meet, are ready for bed and in their bedrooms by 9...

Or too lenient? They watch things I'm not a fan of, don't have to keep their rooms clean, don't have a bedtime on the weekends, listen to music I don't screen, have friends I'm not a big fan of, have (almost) total control over how they dress...

I'm sure I'm not the only one out there trying to navigate the parenting world and sometimes feeling like I'm just wandering aimlessly. And while parenting is, by its very nature, excruciatingly hard at times, mixing that with adoption brings on an entirely new set of challenges.

Because the truth is, not every adoption story is the result of a young mom who lovingly makes the choice to give up her baby because she knew someone else could provide a better life. I'm sure those stories are filled with challenges of their own, hard things that those kids deal with and that their adoptive parents have to walk through with them. But many, many kids come out of hard places and have huge amounts of ugly baggage they carry with them. Then they get put with other people who have baggage of their own, and together a whole bunch of broken people have to figure out how to navigate life together. 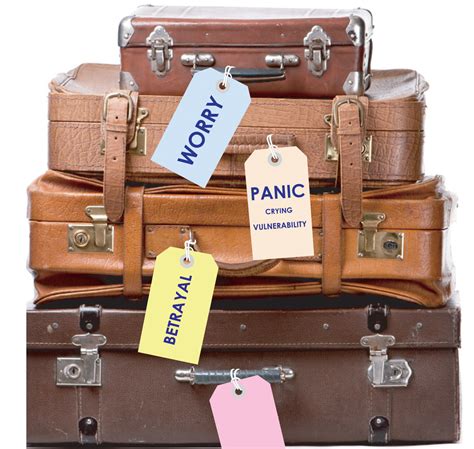 Kids who have been in foster care have hard histories many of us can never imagine. Older kids, like mine, have been forced to navigate hard roads where they've developed unhealthy coping and survival mechanisms that will take years (maybe even a lifetime) to unlearn. Their cognitive and emotional ages very rarely match their biological age, and the difference is more pronounced the longer they had to be in the system. They've had adults who were supposed to protect them let them down instead, often more times than they can count. They've had to figure out ways to try to protect themselves, which usually means they've built walls around their hearts that could rival those of any fortress ever erected. They've learned to manipulate adults to get what they need. They've focused on survival for so long that the idea of just living life as a kid is a foreign concept--trusting your life to someone else seems like a dangerous idea.

And those of us who come alongside them in the mess? We aren't saints. We aren't heroes. We're broken, imperfect people trying to learn to dance to music we can't hear, following the lead of kids who have never been taught the steps. We are struggling through tough choices on a daily basis, trying to figure out how to be parents to kids who, in a perfect world, never should have faced life in a different family, never should have been ours. At the same time, we're asking ourselves whether we made life better or worse for our biological kids--in protecting one set of kids, are we opening the other set up to pain they never should have experienced?

We deal with pain, anger, fear, frustration, and disbelief on a daily basis, both from ourselves and our kids. We struggle with exhaustion, confusion, and feelings of incompetence and ineptitude. We question if we're doing the right thing, if we're helping, and if we're anything more than just a landing place. We spend sleepless nights questioning everything, trying to figure out the right way to move forward after what feels like a thousand steps back.

But at the same time, we deal with hope. We see glimpses of who our kids are becoming. We see 5 kids treat each other as if they've been siblings for their whole lives, picking on each other one minute and standing up for each other the next. We see unguarded smiles that were incredibly rare just a year ago. We see growth that may not be obvious to the rest of the world but means the world to us, even when it's just a single step forward.

Honestly? We're dealing with the same questions and concerns and issues that parents have faced forever. Some of those are magnified, but that's what we signed up for and what we knew (though couldn't have fully understood) we were getting into. I know it's well-meaning, but please don't tell me how amazing we are for adopting. Instead, do what you do with any other parent--ask about our kids and give us the opportunity to do a little bit of bragging--or venting, depending on the moment. 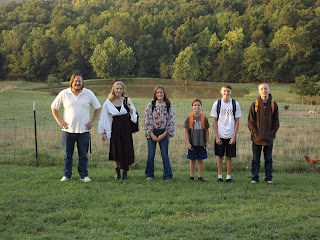 You may not know it, but back in the midst of the craziness of 2020 our family grew from 4 to 7. It's not really something I talk about ...